It’s been a while, but it’s that time again… another collaboration with Emilio Pasquale!  He supplies a photo and I provide a story inspired by the photo.  If you haven’t checked out his photo blog, I’ve made his name a link so you can check it out… I don’t think you’ll be disappointed 🙂 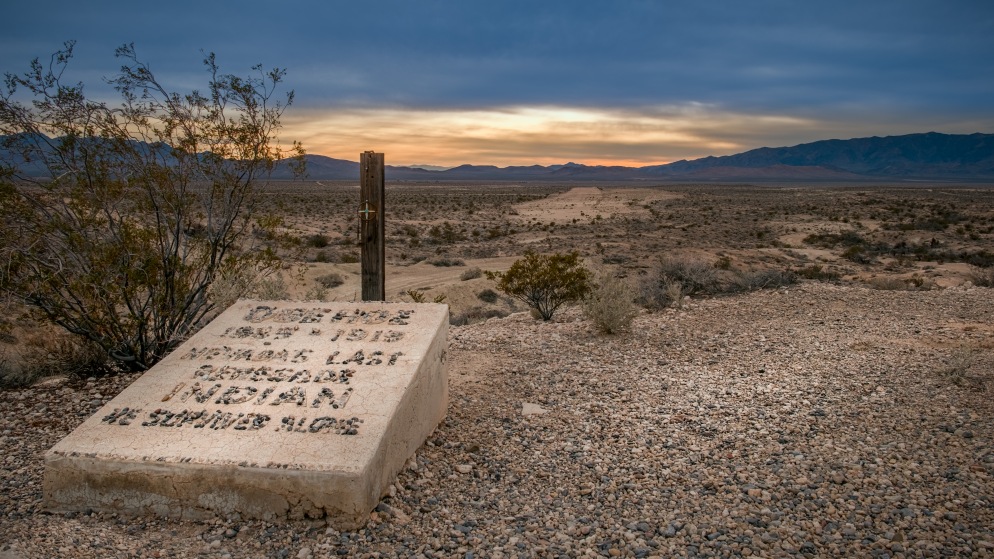 I pulled my tangled hair into a ponytail at the base of my neck and wrapped a rubber band around it.  As I plunged my other shirt into the creek to rinse it clean, I couldn’t help but overhear a conversation between two young men, probably in their early twenties, I guessed.

“I can’t wait to start at Reichter and Schmidt.”

“Yeah, but I’m ready now.  I’m thinking I’ll get promoted and make the real money in no time.”

“I haven’t started applying for jobs yet,” the other responded.

“You can’t wait for life to happen, Danny.”

I lifted my gaze to Danny.  I didn’t know him, but felt his kindred spirit.  I could attest to the fact that life resembled a desert wash after torrential rain.  Unable to soak into the hardened soil, the excess water paid no mind to the boundaries of banks, much like life progressed regardless of “plans” or dreams.   One day, you were in control and the next, it slipped away like liquid through oily fingers.

“You can’t get pissed about where you’re going if you don’t steer the boat.”

The go-getter snorted.  “You will be when you’re middle-aged, living with mommy and daddy, and still trying to figure out what you want to do with your life.”

“Whatever,” Danny said as he flicked a rock across the water.

The ripples expanding from the place where the rock sank mesmerized me.  At first, pronounced and defined, then tapering off into stillness, they reminded me of my late middle-aged view of life.  The problems and struggles were all rocks thrown into my pond; at first disruptive, but gradually they disappeared.  No matter the rock’s size, I remained.

People like Danny’s friend really got under my skin because I used to be one of them.  When I was in grade school, I knew I wanted a husband, two kids and a couple dogs, living in a huge suburban house with an expensive car in the driveway.  I dreamed of schmoozing at networking dinners in fancy restaurants and traveling all over the world.  I wanted the big corner office with the floor-to-ceiling windows, even though I would hardly be there to enjoy the view.  I had faith in the myth that a woman can have it all.  I got everything I ever desired, but I still had nothing.  Ironically, I didn’t find meaning until I had nothing.

I wanted to tell Danny it was okay to be still and listen for life to beckon you.  But I knew I wouldn’t because I hadn’t spoken a single word in 2,853 days.

“I can’t help you if you don’t want to help yourself.”

Danny flung a rock into the water.  “I’m sick of your stupid clichés, Mark!” He hurled another rock at the same spot.  “Can you, for once, say something that isn’t a quote from some motivational book?  Or is that thinking too far ‘outside the box’?”

My gaze shifted from Danny to Mark.

Danny rested his forehead in his hands.  I knew how he felt.  I had also thrown daggers with deadly accuracy.  I left in my wake too many corpses to count; relationships that would never be restored.  Now, I traveled alone, unarmed, by necessity- so no one else would suffer.

I twisted the water from my shirt and hung it on a sturdy branch of a nearby scrub oak.  Danny never lifted his head or acknowledged me, even as my footsteps crunched the leaves and pine needles covering the ground.  I was used to that, as the years had made me invisible.  Only a few people noticed me, in the form of spare change dropped at my feet.  Humiliated, I always accepted with an averted gaze and a nod of my head.  God provided.

Danny stood and dusted his jeans off.  He walked in the opposite direction of his friend.  I thought a quick prayer that he might not be so stubborn and choose to make amends.  I hoped he wouldn’t know the pain of surviving alone.

I lowered myself to the ground beneath the tree and leaned back, resting my head on my pack.  As soon as the sun rose, I would stuff my few belongings inside the bag and head west with my life carried upon my shoulders.  I had a destination in mind, but no timeframe in which to get there.  I never thought beyond what I would do when I got there because I think I knew, deep down, there wouldn’t be a beyond to concern myself with.

This story was obviously inspired by Emilio’s photo.  He sent it to me back in January but I just haven’t been able to write.  When I saw this photo, I saw immense loneliness, and it was more the emotion that I took from the photo than the image itself.

Thanks again to Emilio for providing another photo for story inspiration.  I hope we will collaborate again soon!  And thank you to everyone who stopped by to read the story.

Have a beautiful Tuesday!

24 thoughts on “Solitude (Fiction – with Photo by Emilio Pasquale)”