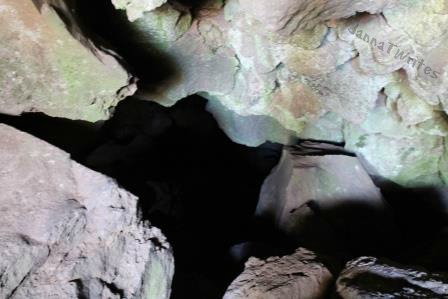 I’m submerged,
on the brink of
forever losing my footing.
Arms flailing,
body swaying…
threatening to tumble
from the narrow plateau.

I curl up to absorb
the crushing blows;
the one-two punch-
sadness aches,
loneliness paralyzes…
I avert my gaze to hide
the mottled bruises inside.

I waver between
giving in and fighting back,
succumbing to weakness
or summoning strength;
I taunt the darkness…
I beg it to finally claim me,
yet dare it to set me free.

I’m not sure how much explanation this poem needs – it seems pretty straightforward to me… but then again, I wrote it 🙂  Here’s some background just in case:

I wrote this poem a couple months ago.  After several months of not seeing hope or a reason to look forward to another day, I grew tired and frustrated.  In the first verse, I’m balanced on the edge of darkness, in danger of being swallowed forever.  It’s like a force was pushing me from behind and I did everything I could to not fall.  In the second verse, I’m tired- beaten down by sadness and loneliness.  My bruises are on the inside, so no one can see them but me.  The third verse is the contemplation of whether to keep fighting the darkness or let it claim me.

This struggle has been very real and obviously, I’ve chosen to fight it.  With the loss of 2 of my pets recently, I’ve had passing moments of darkness, but nothing like the total immersion I experienced for the first half of the year.  Right now, I feel that little hope is good, but too much hope is a set up for disappointment.  Perhaps the longer I’m in the light, the more I will trust that hope is more than just a mirage shimmering on my horizon.

Thanks for reading.  I hope you have a beautiful Monday!

a shroud over hope:

the absence of all emotion.

deafening in my ears:

misery is all there is.

coercing me to believe.

The problem with darkness

is that until light streams through,

I’m blind to hope- my sustaining well of truth.

This poem came to me while cooking dinner this evening.  I’ve limited my posting for several months now.  I am generally a positive person, so this extended period of darkness has taken a toll on me.  Recently though, I’ve started to see some rays of light cutting through the pitch-black.  When not submerged in the overwhelming nothingness, I am able to have moments where I believe that what is now will not always be.  That’s what this poem is:  acknowledging how this darkness has bound me, and being able to recognize that hope is freeing.  I’m not quite “me” yet, but am finally approaching a place where I can write honestly, and yet keep this an encouraging space.

I am woefully behind on reading blogs, but am catching up a little each day.  Thank you so much to everyone who has continued to read my sporadic posts, prayed for me, and have sent ‘good thoughts’ my way.  This darkness would be a lot darker without you 🙂

It’s almost Independence Day here in the United States, but I thought I’d look at freedom in a different way. Freedom isn’t just about rights that are awarded from sources outside of us; freedom is also what we allow ourselves to make of it.

For a while I’ve been imprisoned by my own thoughts and circumstances. My mind has settled on the impossibility of what life is and I’ve been unable to comprehend a time where things could be different. This has led me into some really dark days. I haven’t written on my blog for nearly a month, mostly because the majority of what I’ve written has been so dark and depressing, I simply cannot share it.

During this time, friends have tried to lift me up because I can’t stand on my own. I know this has been exhausting for them because it’s been tiring for me as well. Waking up each day has been a chore. I’ve been caught in an endless loop of not wanting to do anything, and then feeling down because I don’t find joy in anything.

A glimmer of hope came through in my writing recently, and I thought I would share. It’s the first hint in a long time that maybe I will be right again, someday. This poem was written about a friend who has put a lot of effort into trying to get me to see hope. I’ve not been able to look beyond what I could see for today and tomorrow. But sometimes (I’m told) hope waits over the horizon, just out of sight.

Just because I can’t see it, doesn’t mean it isn’t there.

on the charred forest floor;

across a tear-streaked face.

You are the today

that makes me want to see tomorrow;

you are a gift-

a reminder of God’s amazing way.

These sentiments also apply to everyone who has offered prayers and well-wishes over the last several months. A big, heart-felt thanks to all of you! There is still so much uncertainty in my life, and most days are emotionally and physically draining, but I’m starting to believe one thing IS a certainty: I will be okay. “Okay” might not turn out to be what I thought it would be… but that’s okay 🙂 I am so far behind in reading blogs but I am finally to the point I think I can set aside a little time most days. I always enjoyed the blog community and I think perhaps taking the step to interact again will bring some normalcy, which I’ve been lacking.

I wish you all a beautiful weekend!  If hope isn’t clearly visible, may a shift in mindset bring it out of the shadows. 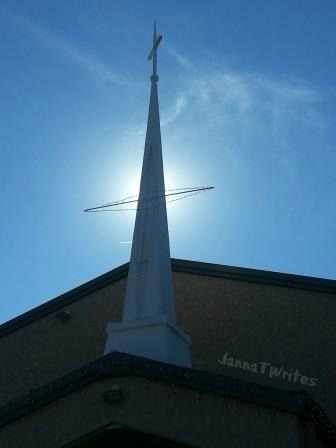 I recently found myself at a crossroads of sorts; sandwiched between my faith and a desire for freedom from my circumstances.  For many crushing weeks, I’ve wrestled with the rub of choices (mistakes) I’ve made. I’m coming to terms with my life being an “is what it is” situation, for now. I don’t see hope when I look forward, but I’m trying to have faith that God has more planned for me than what I can see. Some days it’s harder to have faith than others, but I take each day as it comes.

In the depths of all-consuming darkness, I came to a realization: rather than focus on what’s missing or what should be, I need to turn my attention to what I already am. It occurred to me that I’ve never depended on anyone to provide me with happiness, so why would I allow someone to steal it from me and disrupt my inner peace? My answer: I shouldn’t- and I have to change this.

I have obligations to keep.  Most of the time, the weight is too much to bear and I want to just sleep, but I can’t allow this to immobilize me any longer.  I can’t let my future to be so burdened by past mistakes that today is lost. In this moment, I see my life is worth more than that. Tomorrow, I may be snared once again by the trap of what isn’t, but I will try to refocus and remind myself that my success/failure is not dependent on only one aspect of my life.

I’m still surrounded by uncertainty, but if my state of mind holds, I hope to return to more regular writing – once a week for now. Thanks again to all the wonderful people (both online and in person) who have encouraged, prayed and otherwise helped me during this low period in my life. You are special to me 🙂

on my final shred

is that misery isn’t forever.

Here is where I usually provide my inspiration for the poem.  About all I can tell you is that I wrote this poem on Saturday after a particularly gut-wrenching event.  I still cry whenever I think about it, which is quite often.    Beyond this, I have to leave you to your own interpretations, as it would reveal too much.  This brings me to the real point of this post…

For almost five years (in March) I’ve posted regularly, at least twice a week, except for maybe a week off here or there.  Circumstances are such that I need to take a longer break.  I don’t know if it will be a matter of weeks or months at this point, but I will be back.  I love this place and it makes me sad to do this, but with what’s going on, I can’t chance posting my emotions “real time.”  I fully intend to fill in some of the details when I’m on “the other side.” Even though I can’t see the other side through the darkness I’m in right now, I expect I will get there.  I don’t know who I’ll be at that point.  God willing, someone stronger.  Maybe more confident, too.

I hope you don’t forget about me during my absence and are willing to get re-acquainted with me when I return.  I have many regular readers that I consider friends and I will miss you!  I will try to do some reading, but may not comment much.  I look forward to the time when I can experience some sort of happiness again and can share it here 🙂

If you are the praying type, I could really use your prayers right now.